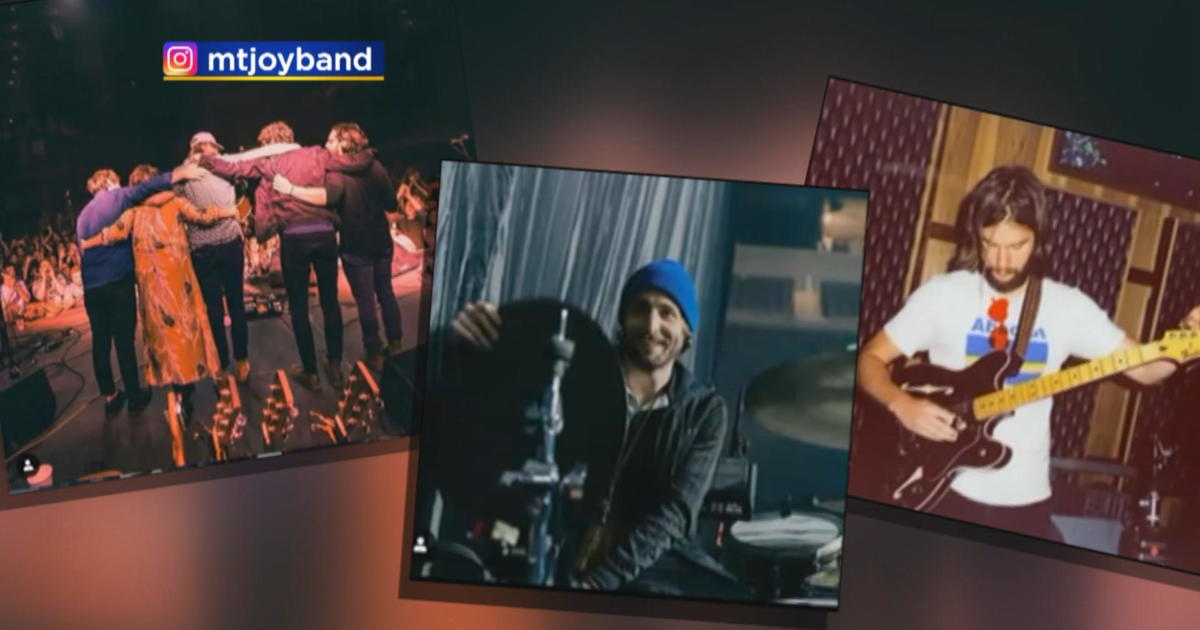 PHILADELPHIA (CBS) — Indie band Mt. Joy are getting global recognition and they’re coming from here in Philadelphia. Saturday night they return to Philadelphia for their first performance since the pandemic with two new albums and what is sure to be a packed Mann Center.

The two went to Conestoga High School and shared a love of music. They reconnected years later while living in Los Angeles.

The band was on tour with The Lumineers when concerts were forced to cancel due to the COVID-19 pandemic.

The group released an album in June 2020 and just released their new album, “Orange Blood”, this summer.

The band spoke out on current issues and gave back, hosting a live concert with donations to Music Cares and Philabundance.

Watch the video above for our full interview.