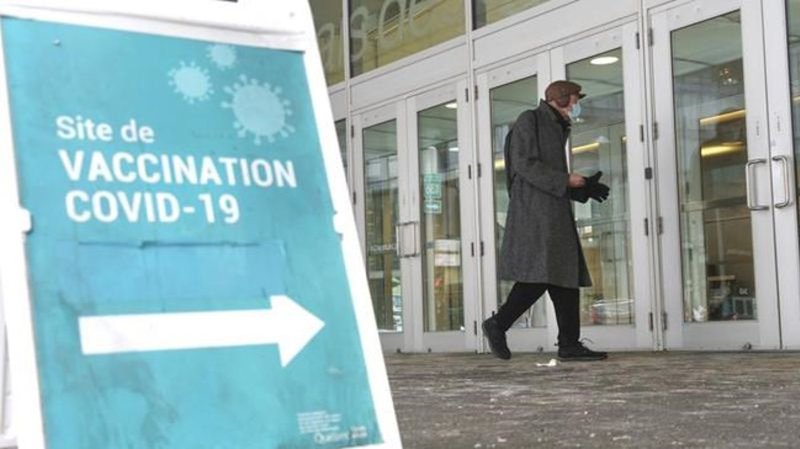 – Alberta’s NDP opposition calls on the province to provide better COVID-19 supports to students when they return to class. NDP Education Critic Sarah Hoffman said Prime Minister Jason Kenney’s government needs to provide more information on infection rates so school staff have a better idea of â€‹â€‹what he is confronted. Hoffman also says that the more efficient N-95 masks should also be made available to staff and students, along with high-efficiency air filters for schools to reduce the spread in the air of the Omicron variant.

– Manitoba government delays return to classrooms as COVID-19 numbers continue to rise. The province had already postponed the return after the holidays to January 10 from January 6. Premier Heather Stefanson said distance learning would begin January 10 and students would be back in class a week later. There are exceptions for children of essential workers and students with special needs who will continue to learn in the classroom.

– Saskatchewan reports 1,954 new cases of COVID-19 over a four-day period. The single-day case count includes 623 on December 31, 607 on January 1, 398 on January 2, and 326 on Monday. The cases are underestimated as Saskatchewan limits the use of COVID-19 PCR tests for those who are critically ill or vulnerable.

– Edmonton Oilers captain Connor McDavid has been taken out of training after testing positive for COVID-19, leaving his availability for the team’s game Wednesday night in Toronto in doubt. The team say McDavid will undergo further testing before his status for Wednesday’s game is known. Edmonton forward Derek Ryan has also tested positive. Oilers coach Dave Tippett said both forwards tested negative on Monday.

–The Raptors have announced that Yuta Watanabe and Svi Mykhailiuk have entered NBA health and safety protocols and will not be available for the Toronto game on Tuesday night against San Antonio. The Raptors have faced a significant number of COVID-19 cases in recent weeks. They had 10 players in NBA protocol, including all of their starting lineup, when they suffered a loss on Dec. 26 in Cleveland. The Raptors were forced to field an eight-man squad that included four struggling signers.

– Toronto Maple Leafs center Auston Matthews returned negative for COVID-19 on a PCR test a day after a rapid test came back positive. Head coach Sheldon Keefe says the team are awaiting further results, but Matthews was not excluded from Wednesday’s game against the visiting Edmonton Oilers. The 24-year-old star missed a second straight training session on Tuesday for precautionary reasons. He was kicked out of the rink on Monday after he tested positive in a rapid antigen test.

– The Western Hockey League has postponed five games after suspending the activities of the Edmonton Oil Kings, Moose Jaw Warriors and Red Deer Rebels. The league says three teams have had multiple players and staff added to the WHL COVID-19 protocol roster due to symptoms or testing positive for COVID-19.

– Recent positive COVID-19 tests could prevent Vanessa James and Eric Radford from the Canadian figure skating Olympic trials this week. Canada’s top-ranked pair team revealed on a conference call that they tested positive three days apart of each other over the Christmas holidays. A positive test at the Canadian championships could keep an athlete from Beijing depending on time pressed around required pre-travel testing.

– Calls are mounting for governments to release inmates in provincial and federal prisons as outbreaks of COVID-19 caused by the Omicron variant spread through correctional facilities across the country. Amelia Reimer of the Elizabeth Fry Society of Newfoundland and Labrador says the 31 cases reported Dec. 31 at the Central Nova Scotia Correctional Facility in Dartmouth, Nova Scotia are a clear sign of the risk posed to inmates, staff and their communities. She says her group is calling for the release of non-violent offenders and remand prisoners.

– Nova Scotia Teachers Union calls for temporary e-learning as the province grapples with its largest COVID-19 outbreak to date. Students across the province are expected to return to class on Jan. 10 after an extended vacation period, but the union maintains a shift to distance learning is needed to give the school system time to properly prepare. Union president Paul Wozney said the province could face staff shortages and school closures if students return to class prematurely.

– The Prince Edward Island government is extending public health measures, including e-learning in schools, until at least January 17. Chief Medical Officer of Health Dr. Heather Morrison says measures are needed to deal with the increase in COVID-19 cases caused by the Omicron variant. There have been 198 new cases of COVID-19 on the island, bringing the number of active cases to 1,159.

– The number of COVID-19 cases continues to mount in Newfoundland and Labrador, although the province’s hospitalization rate remains stable for one patient. Authorities reported 493 new cases and a test positivity rate of 12%. Almost a quarter of these infections have been in the Labrador-Grenfell Health Authority region, where some communities along the northern Labrador coast are seeing cases of COVID-19 for the first time since the emergence of the disease. pandemic. Although the region is home to about eight percent of the province’s population, it accounts for 624 – or about 20 percent – of the province’s 3,254 active cases reported.

– New Brunswick health officials are reporting 746 new cases of COVID-19 and three COVID-19-related deaths. The deaths include one 70-year-old in the Moncton area and two 80-year-olds in the Saint John area. There are currently 56 people hospitalized with COVID-19 including 16 in intensive care.

This report by The Canadian Press was first published on January 4, 2022.