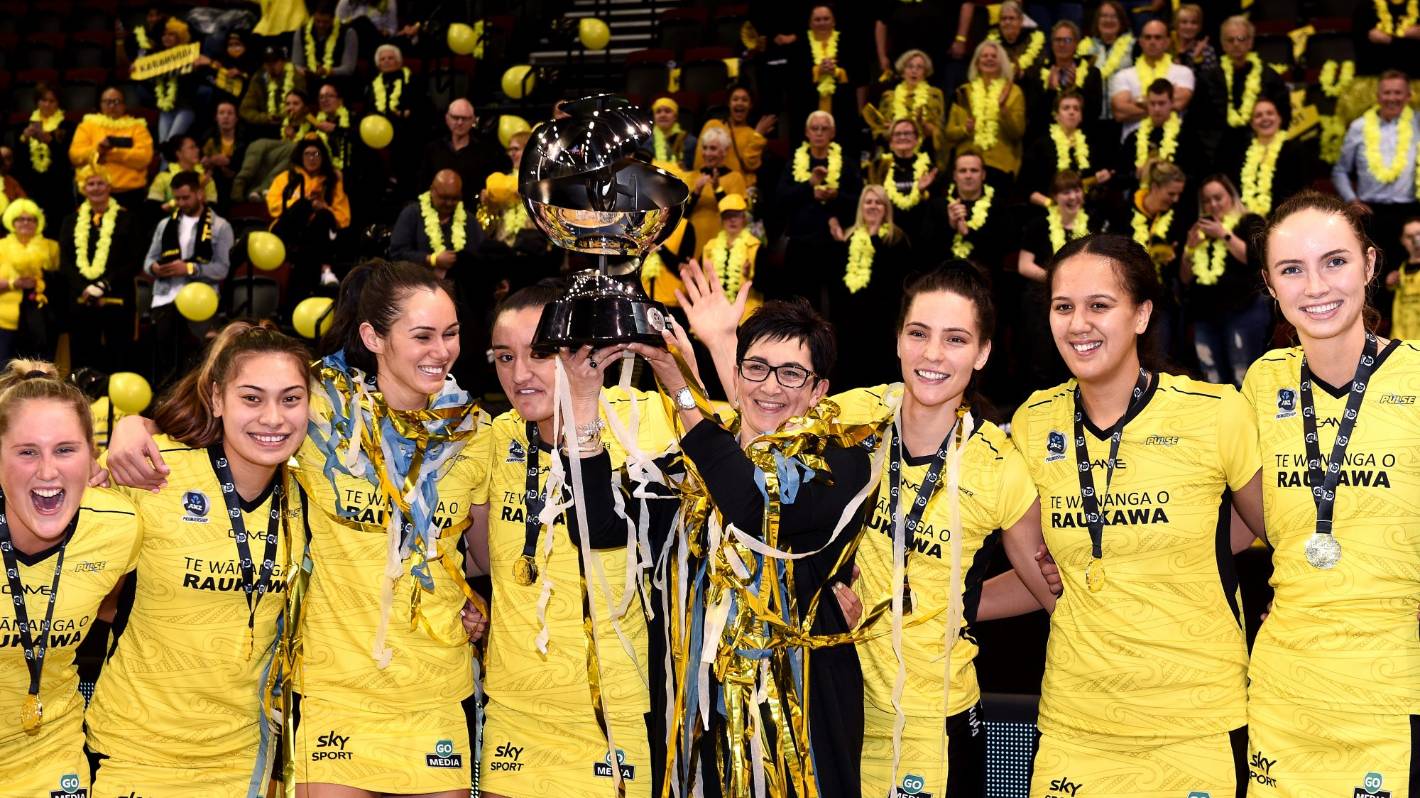 Yvette McCausland-Durie overcame one of the toughest periods of her coaching career to lead Central Pulse to back-to-back ANZ Premiership netball titles in 2019 and 2020.

The Pulse were on course to claim their first title of 2018 when they held a six-goal lead over Southern Steel with less than four minutes remaining in the deciding game, only to concede the last seven shots and lose.

McCausland-Durie explains how she was able to take over the group and lead them to their first championship the following season and reveals why she returned to Pulse after taking a year off.

Pulse manager Yvette McCausland-Durie talks about the disappointment of losing the 2018 ANZ Premiership and how she bounced back to win the next two.

You left your role as Pulse coach after winning your second consecutive title in 2020, so what brought you back?

I loved the work and there had been a lot of learning which I really appreciated but the most important [for leaving] was returning home to Palmerston North. I wanted to go home and resume teaching and invest in Manukura [School], which my husband Nathan and I set up years ago. I wanted to spend time there and reconnect and I really enjoyed that. But I missed it [coaching], so I came back. There have been some personnel changes and I think it’s a very good challenge to rebuild a group and start again.

Do you still live in Palmerston North and commute to Wellington throughout the week?

No. I drove a lot last time and went back two or three times a week, and it was pretty exhausting. This time I’m staying here and coming back less often, which made it a lot easier for me. I can be here and be here longer. With Transmission Gully it certainly sped things up, but usually it took me two hours and I did it two or three times a week, but I used to do my follow-ups on the phone, call the physios and checking in with people, so quite often I used that time, but it was also time to stop and think.

You tested positive for Covid-19 in the days leading up to the first game of the 2022 season. How was coaching from the sofa?

I was attending a training via Zoom. I was streaming what we were doing on the TV and one of the players, Binnian Hunt, who had his ACL done, was moving me around and I was like ‘can you take me over there so I can take a look at what is happening?’. It’s really hard though to find that balance between being committed but not wanting to feel like you need them more than they need you. Then we got to the game and even though there was no crowd, I didn’t hear anything. I walked into caucus and ended up hanging up. I had Sky set up and just left them during the game, let them do what they had to do and re-engage at the end of the game. I worked with our analyst and had all the data and I had everything ready so that when they got back to the hotel, everything was done and they could feed them, do the recovery and move on to the next job. But it was weird. I was looking forward to coming back.

You were a promising track athlete before you fell in love with netball. Who do you think is the fastest player in the Premiership at the moment and does speed really matter when you can’t run with the ball?

When I look at Maddy [Gordon] and people like Kimiora [Poi] and Elisapeta [Toeva], they’re all very fast and obviously fast, and they cover greater distances, but then you look at a few defenders, and one of our training partners in particular, they’re deceptively fast. Depending on what you need, they have different strengths and skills, but if you’re quick enough to get past a person’s shoulder, you’re free. You don’t have to be super fast for a long period of time, but timing is the bit that has to be so immaculate.

How tough was the 2018 decider against Southern Steel, when the Pulse held a six-goal lead with less than four minutes to play and appeared to be heading for the title, only to lose the game 54-53 ?

I remember it very well. Katherine [Rore] had been sick for the week and could barely speak so I had to give his final speech, but it was actually very helpful, just to be able to say how we were feeling at the time. I remember seeing the faces of the players and thinking oh my god they were so disappointed to let so many people down but you realize actually the effort was huge and getting there was always a feat.

How did you bounce back from that disappointment and win the next two Premiership titles?

We started working with the New Zealand Police and looked at what our decision making was under pressure and asked as a coaching unit and as a program are we really doing enough to develop people around their skills mental? There has been a lot of work on us as individuals and on getting to know each other better. We didn’t want to change people but we wanted to get a better idea of ​​how people reacted under pressure and I think that made a really big difference. We had developed a really strong group of athletes, they were in better shape and they were better at their jobs, they understood their roles, but they also understood each other better.

Somewhat controversially, Australia introduced the two-point “Super Shot” to its Super Netball competition a few years ago. If you could change one rule in the Premiership, what would it be?

Fun, pedantic little rules that don’t add value to the game, like having one foot entirely in the center circle, are a bit of a bug bear. Touching the outside line when throwing. You give up possession for something so dumb and they’re the most annoying. But overall I like the fact that in the ANZ Premiership we played by the international rules.

You were an assistant coach during the Silver Ferns’ ill-fated Commonwealth Games campaign in 2018, where New Zealand finished outside of the medals. Do you still aspire to coach the Silver Ferns one day?

Just being at an event like this is a real privilege, so I loved it. But it was, absolutely, as everyone saw, full of challenges and I learned a lot and the lessons that I took from that, that I was able to bring to the ANZ Premiership, they don’t tell me. have never left. I didn’t choose to let the experience get me down, I chose to find the lessons, which were many. I had no coaching experience, but I knew that from the start, and you only get experience through continued commitment. But I still know that I have a lot to learn and I would love to have this opportunity. That said, Noéline [Taurua] does a great job and I see my role as bringing more people to the forefront who are options for silver ferns and developing people who are ready.

Your daughter Atareta played for Central Manawa in the National Netball League this year. Could we see a scenario where you coach her at Pulse in the future?

I just encouraged her to do what she wants to do. She is talented in netball and as I tell her, I am probably her harshest critic. When you really want to be at that level, you have to make that change and if she chooses to do so, so be it. You just hope for your kids and everyone else that they have a really positive experience and want to continue in the sport.