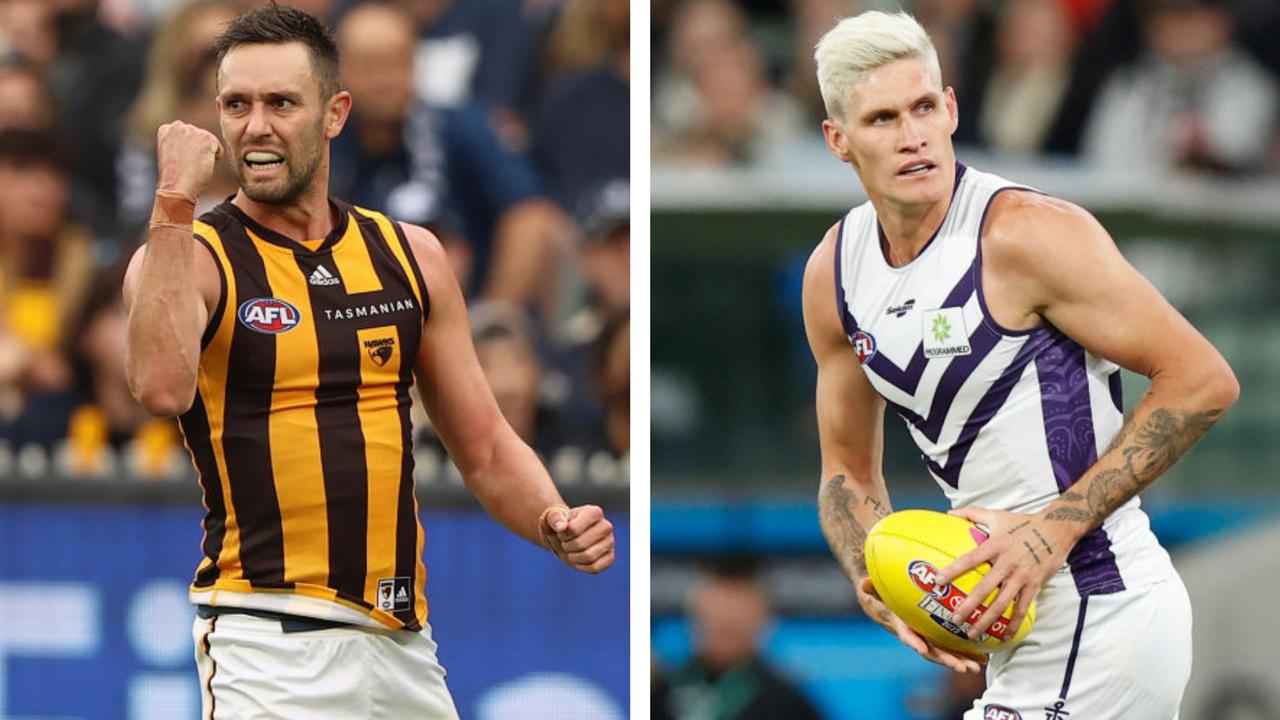 We have reached the penultimate day of the AFL 2022 trade period, with a host of massive deals still up in the air.

Check out all the latest AFL news and trade updates from Tuesday 11 October on our blog.

LAST PODCAST OF THE DAY OF TRADE – 48 hours left as JHF, Jackson and Rankine all move

Geelong could land Jack Bowes and pick the No.7 in the next few hours, according to AFL Media’s Callum Twomey.

Twomey said the Cats were set to send a future third-round pick to the Suns in exchange for Bowes and the No. 7 pick.

Collingwood is set to ask the Cats for the No. 7 pick in exchange for Ollie Henry and the No. 16 pick, but the Cats have every intention of taking the draft pick.

SEN’s Sam Edmund reported on Tuesday that the Dees are “considering” a game for the 25-year-old, who remains without a contract for 2023 and has managed just seven senior appearances in 2022.

Schache was picked with the No. 2 pick in the 205 draft by Brisbane but was traded to the Dogs at the end of 2017.

He finished the season strong in the VFL, scoring seven goals in two of his last three games.

Fremantle and the Western Bulldogs have reportedly entered into their first meaningful talks for Rory Lobb.

While no such deal is in place, it’s a promising step given Dockers initially said they had no plans to trade the big man under contract.

Multiple reports indicate that the Dockers are targeting the Dogs’ Pick 11, but the Dogs have only offered the Pick 30 so far.

A deal could therefore hinge on a trade with Josh Dunkley, which could see the Dogs end up with Pick 21 to potentially offer Lobb.

Brisbane have officially offloaded Jack Gunston from Hawthorn in exchange for the Pick 48 and a future fourth-round pick.

The Lions traded for Gunston instead of signing him as a free agent because it would have diluted their compensation for Dan McStay.

AFL Media reports that Brisbane and Hawthorn were close to an agreement on Friday before meeting again this week to push it through.

Brisbane now have picks 21, 34, 35, 36 and 38 and four subsequent selections as they seek to broker a deal with the Western Bulldogs for Josh Dunkley.

The Power grabbed the Pick 33 as part of Monday’s historic mega score as they now look to landing Ratugolea, who is under contract for next season but is seeking more senior opportunities.

While Geelong has said it wants to retain Ratugolea, the Cats could use the Pick 33 as valuable currency to strike a deal with Collingwood for Ollie Henry amid a standoff between the clubs.

speaking on AFL Commercial Radio, Power Footy boss Chris Davies has admitted talks with Geelong for Ratugolea have so far been “quite slow to be honest”.

“We now have pick 33, and that’s the pick we’ve reserved for Esava if that’s what Geelong is willing to take for him,” he said.

“The challenge here is whether Geelong wants to swap a contracted player.”

8:45 a.m. – BOMBARDIERS HOPE TO GET WEIDEMAN IN THREE-TEAM “ROUNDABOUT” DEAL

Francis and Weideman, who were both selected top-10 picks in the 2015 draft, have been linked to the Swans and Bombers respectively for third-round picks as they seek more senior opportunities.

AFL Media report Melbourne would prefer the third round to come from Essendon, while Sydney’s selection is more likely to be in this year’s draft, meaning a pick swap is also on the cards.

It’s safe to say the deal for Brodie Grundy won’t be on the first Tuesday.

According to The Age, Melbourne rejected a push from Collingwood to swap first-round picks as part of the deal.

The Demons have already put pick 27 on the table for the All Australian double – plus they would take on a big chunk of Grundy’s big deal.

But the Magpies were looking to get the 13 pick Melbourne got for Luke Jackson, as well as 27, sacking Grundy and picking up 16. But the Demons weren’t interested in allowing the Pies to improve on their pick.

Collingwood would be willing to drop the trade altogether and keep Grundy, which would surely mean they can’t fit in with Hawthorn’s Tom Mitchell or Gold Coast’s Brayden Fiorini.

Alternatively, they could accept Pick 27 if they don’t have to pay that much out of Grundy’s contract in Melbourne.

Meanwhile, Jon Ralph of the Herald Sun reports that Ivan Soldo is set to travel to GWS from Richmond as one of the first trades on Tuesday.

But deals for Ollie Henry, Esava Ratugolea and Jacob Hopper have yet to be sorted. Port Adelaide remains firm on its 33 choice bid for the big cat.

Dunkley’s deal has been at an impasse for a few days as the Dogs weigh in on what is a fair price.

After GWS received picks 12 and 19 for Tim Taranto to start the trade period, it was reported that the Bulldogs demanded a similar deal.

“It’s tough for the Dogs, they probably turned down a better offer from Essendon for Dunkley a few years ago,” Browne said.

Lloyd Meek is expected to go to Hawthorn if the clubs can agree on whether he is worth a second round or a future third.

Follow our live AFL trade chat from 9am-5pm EDT below!