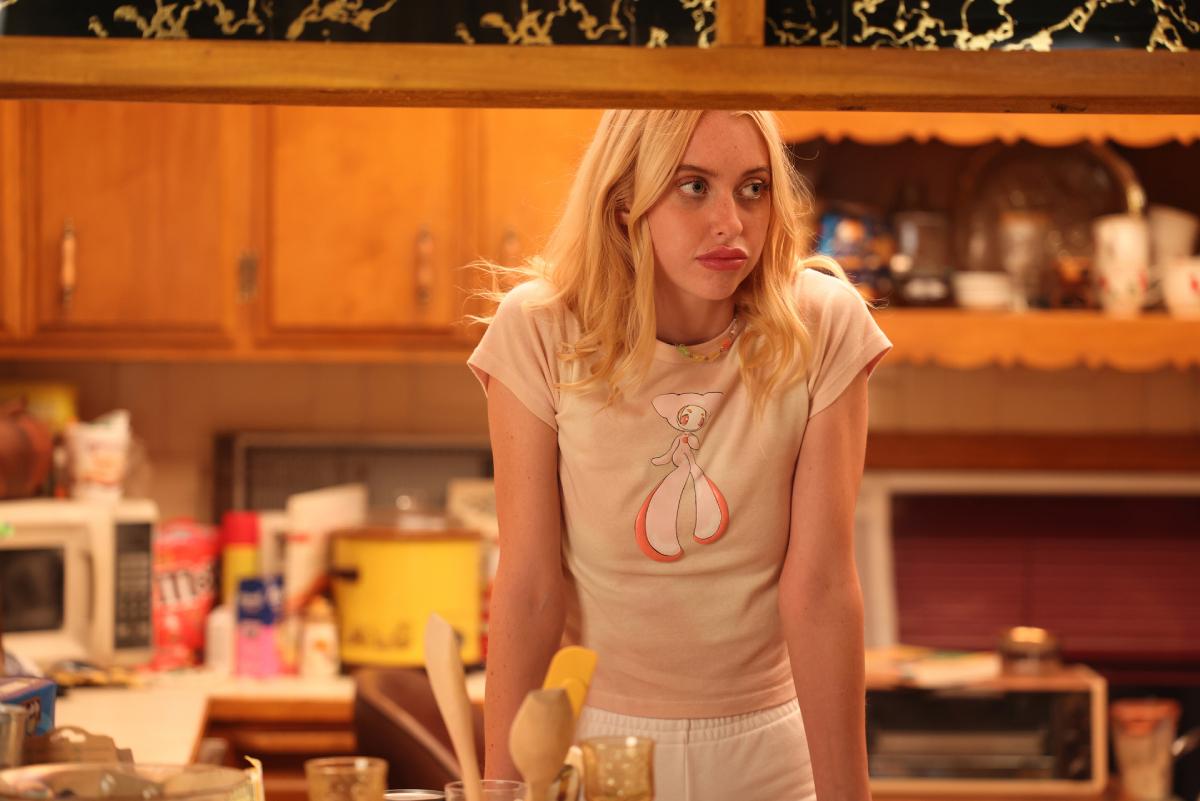 Euphoria season 2 introduced Chloe Cherry’s Faye, a blue-eyed blonde with big pink lips and a love of short shorts. Thanks to series creator Sam Levinson, the HBO drama marks Cherry’s television debut. The 24-year-old says that when she arrived on set for her first acting gig, there was one specific co-star she bonded with the most.

Cherry – who hails from Lancaster, Pennsylvania, the Amish capital of the United States – says she was first drawn to the adult industry because of the freedom and expression it afforded her provided after “feeling so repressed for a long time”.

Cherry revealed that when Levinson reached out to her, she was immediately thrilled to be on a show she loved. She was also happy to have the opportunity to play in more traditional television roles. She says she doesn’t usually become obsessed with a show. Corn Euphoria was different.

“I was already following every cast member [on social media] and as we were filming, I noticed that I already knew the names of the people on set even though they had very small roles because I was already so into the show,” Cherry explained. “I thought it was so amazing – all about it. Going on set was the ultimate experience of a lifetime.

Chloe Cherry Has Bonded the Most With a Specific ‘Euphoria’ Star

During her time on the Season 2 set, Cherry says there was one co-star in particular she became closest to – Angus Cloud (Fezco). And, she said, there was a good reason for that.

“He’s really a really nice guy and he’s funny!” she explained. “He was the easiest for me to connect with because I like people who are hilarious and super cool, and he is. He was easy to work with too. We had a lot of scenes together. I also enjoyed getting to know Tyler [Chase] and Javon [Walton].”

She can “totally identify” with Faye

Cherry describes her character as someone she can “totally identify with”. She says she is “a very nice girl who likes to go out and have fun”. Faye also loves her friends and doing nice things for people.

Cherry admits that Faye wasn’t necessarily raised “under the best of circumstances” and didn’t have the happiest experiences. And that’s why she has “a tough exterior that can make her scary at times.”

“I think she’s kind with a flaw. She has a good sense of style and she tries to find good people in her life and she tries to find what would make her feel good, but it’s hard because she’s addicted and she’s not completely herself right now. We’ve all been through tough times and I think we can all relate to the desire to improve our situation,” Cherry explained.

‘Euphoria’ star Chloe Cherry would love to do comedy and horror

Given the chance to play more traditional TV roles, Cherry thinks she’ll do well in both comedy and horror. She says she tried to bring that to Faye because the character is “kind of comic relief” and also “a bit scary”. She explained that she likes to “invoke those mixed feelings in the viewer.”

“This show has really created a fantasy land and this whole universe that we can play with and I’m so happy to be able to exist in something like this and look like a colorful, dreamy little fairy while doing it,” Cherry added.

Besides acting, Cherry has recently branched out into the modeling world. She just paraded during New York Fashion Week.

Euphoria seasons 1 and 2 are now playing on HBO Max.

RELATED: ‘Euphoria’: Tom Holland isn’t the only person who thinks he deserves a cameo, but the ‘Spider-Man’ star doesn’t want to come alone