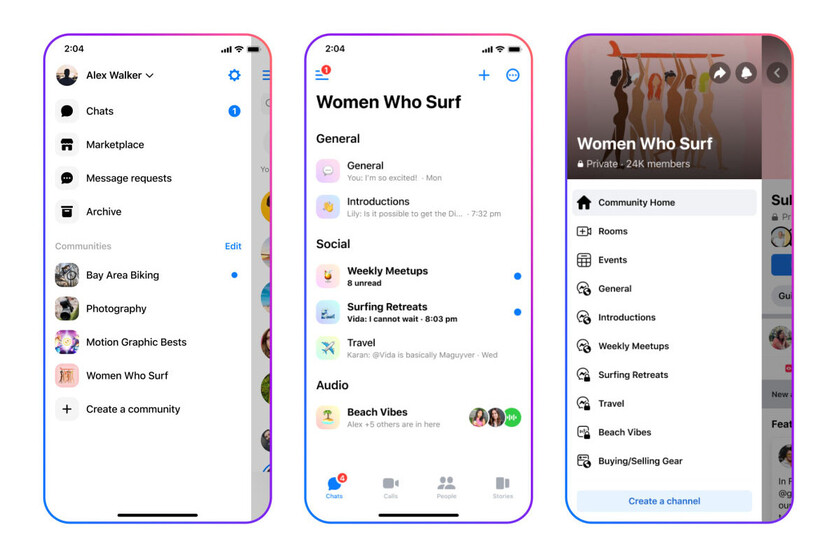 Not only from WhatsApp Live the communities. Meta announced that WhatsApp would include a new Communities feature in April, and now it has just done the same with Facebook Messenger. In either case, the announcement has no specific date but “later”, so it remains to be seen where it will arrive before.

Facebook Messenger communities will be a bit like WhatsApp: discussion groups with a common theme and accessible from your application. It’s kind of a take-home version of Facebook Groups, but centered around chats.

Messenger chat communities will allow users in a group interact in real time, by chat, audio and video, instead of doing it in the biography, through comments. Now, Meta has decided to bring this type of communication to Messenger and more independently of the main Facebook application.

In a way, Messenger communities are going to work the same way as Discord, Slack or, if we go back even further, a permanent forum. A Facebook group can create a community that encompasses different cats, with different but related themes. For example, a neighborhood group might create chats for news, another for activity suggestions, and another for planning parties. Each functions as an individual group chat.

We will have for them different types of cats, including event chats, read-only chats -where only administrators can write- or chat channels to which it is also possible to include video if you wish. Community administrators can configure these chats and their privacy at will. When the Messenger communities are live, we will be able to create a community with a group from the application itself, to then invite the members you want to join. Next, it’s time to add the thematic chats that belong to said community and work like any other Messenger chat group.

It all comes with advanced moderation options, with which we can, for example, automatically suspend certain accounts as soon as certain criteria are met. Facebook has announced that it has now started testing these communities, so there is no specific date for it to reach our mobiles. When it arrives, we’ll know, because the interface will change to accommodate them.