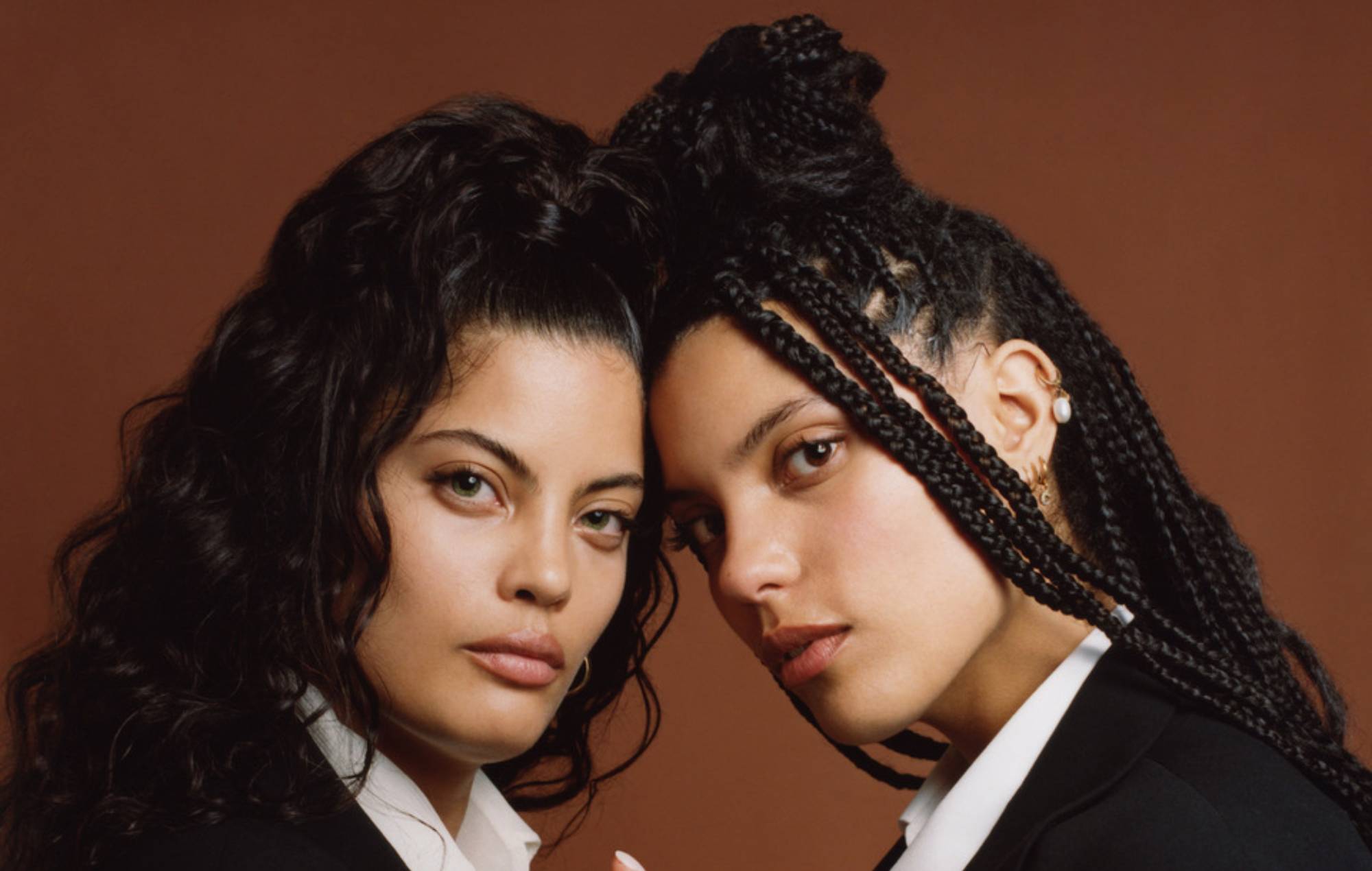 It’s been almost five years since twins Naomi and Lisa-Kaindé Díaz – better known as the musical duo Ibeyi – released their last album, “Ash”. It was a gloriously soulful album colored with meditative reflection that served as a solid follow-up to their hard-hitting self-titled debut from 2015. The sisters will now release their third LP “Spell 31” on May 6: an album that encompasses everything from magic, witches and ancestral history to love, revolution and femininity.

Naomi and Lisa-Kaindé consider themselves lucky to have made new music over the past tumultuous years. The COVID-19 pandemic and its ever-changing isolation rules have made their long-distance relationship – Naomi lives in France, while Lisa-Kaindé is based near their recording studio in London – even harder to navigate. The time and effort spent on the new record was worth it.

Ahead of the release of “Spell 31,” Ibeyi spoke with NME from London to discuss their growth, their magic and an album full of fatal collaborations. Here’s what we learned.

Ibeyi made his new album following a completely different process

“Spell 31” was born in a totally different way from Ibeyi’s self-titled 2015 debut and its 2017 follow-up “Ash.” “Usually Lisa writes the songs [and] the lyrics on the piano, and Richard [Russell, XL Recordings owner who co-produced ‘Spell 31’] and I direct the production more,” says Naomi. But for this one, Rich and I started together just making beats, and it was really cool because we weren’t even listening to Lisa’s songs: we were just having fun. Lisa’s songs [then] we had to adapt to what we had done, and we didn’t have to adapt to the songs she was doing like we had before. It’s a better balance between Lisa and me: it’s the most balanced album we’ve ever made.

Lisa-Kaindé confirms: “There was this element of surprise, which was incredible. But then the songs had to gain muscle, and they had to get stronger and be able to keep up with the beat, which, as a songwriter, is amazing to watch.

Can you cover a song without ever hearing the original? Ibeyi can. ‘Rise Above’ – which Ibeyi dubs their “breakthrough song” – is a Black Flag cover that features East London rapper, songwriter and producer BERWYN. The sisters’ sound may seem far removed from Black Flag’s cult punk rock style, but after Russell hand-wrote the lyrics to the 1981 song and brought it into the studio, it quickly became an Ibeyi song.

“The reason why we don’t want to listen [the original]…I feel like we’re super protective of the lyrics, and we didn’t want to be swayed by [Black Flag’s] melodies,” says Lisa-Kaindé. “When it gets into your brain, you can’t create anything new anymore because it’s become the norm…the seed in your head.” Naomi clarifies that it was their thought process after create their cover – and it didn’t even occur to them to listen to the original “Rise Above” before: “We saw the lyrics, and it was just a jam. And it became a song.

The twins add that ‘Rise Above’ “blew up” and was the fastest song they did on the entire album. They can already “hear the people singing” during the next Ibeyi tour: “I can hear the energy. I can feel the energy we would have when we perform it.

Collaborations on ‘Spell 31’ were often serendipitous

“Made Of Gold”, the lead single from Ibeyi’s forthcoming third album, is a haunting and hypnotic song inspired by poems from ancient Egypt. book of the dead – a work that not only influenced this song, but also contains the poem ‘Spell 31′. “Made of Gold” celebrates magic while mourning and honoring lost history and forgotten ancestors. It also contains a gripping feature from Gambian-British rapper Pa Salieu, whose vocals on the song were, in the sisters’ minds, an act of fate.

Alongside Salieu, the album features an eclectic and acclaimed cast of collaborators. Jorja Smith, a longtime friend of the band, features on ‘Lavender & Red Roses’, a love song about wanting to help someone who doesn’t want to help themselves: “You wish you could send them lavender and red roses like a spell to make better, but, in the end, if you don’t want to help, no one can. It was Smith who told the twins to reach out to BERWYN for ” Rise Above,” who, according to Ibeyi, listened to the song once and “literally got up, went behind the mic — he had already written his part — rapped it and did it in one take.

The twins have stopped chasing perfection

“If you’re chasing perfection, you’re never done chasing.” Nowhere on the album is this better summed up than on ‘Creature (Perfect)’, a beautifully candid song about not chasing an ideal that doesn’t exist. “To be honest, it took me 25 years to accept that I wasn’t perfect,” says Lisa-Kaindé. “I was trying to be perfect and failing miserably, then I was getting so…” Naomi chimes in, “Angry!”

“Mad at myself for failing,” continues Lisa-Kaindé. “‘Creature (Perfect)’ was actually life changing, because I felt like singing it made it feel real. I remembered it while I was singing it…even the things that I found unappealing , suddenly, I found them kind of tender.

Lisa-Kaindé also reflects on how the concept of “perfection” has changed since the sisters were teenagers: “Social media wasn’t that big…the idea of ​​perfection today is crazy…now it’s is on social media every day, and action is needed. happy and funny and beautiful. Naomi adds: “It’s sickening. It would be boring, too, if life was really like that.

For the first time, Ibeyi will be joined on tour by a live band

Ibeyi will be hitting the road this summer, but much like the process of creating their new album, this tour will take a different form from their previous gigs. “That will change, because for almost 10 years [it was] Lisa and I alone on stage,” Naomi explains. “For the first time, we are going to have a group with [us]. So there are going to be four on stage now.

The sisters also liken the “brand new journey” of “Spell 31” to a career rebirth, saying their biggest strength in making the new album was knowing “what we didn’t want” – including not wanting each other. repeat, or rush their creative process: “We have a lot of layers and we are taking them out little by little. We have a lot to show you.

Reflecting on their career so far, Ibeyi laughs when they recall how they thought they were ready for anything. “We weren’t at all… And now we’re ready. We apologized all the time [but] It’s finish. We no longer apologize.