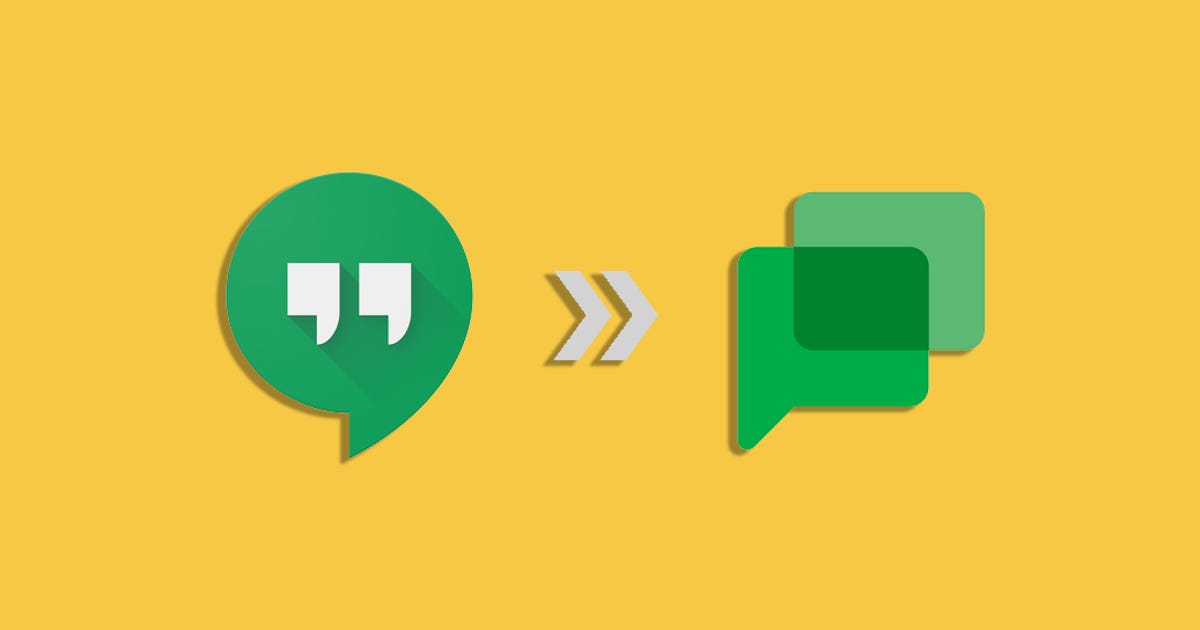 Google is inviting Hangouts users to migrate to Chat as part of its retirement plan from the aging messaging platform, the company said in a blog post on Monday. The search giant transitioned enterprise users earlier this year.

In the Hangouts mobile app, users are prompted to switch to chat. For those using Hangouts on Gmail through a web browser, Google said it will upgrade users to Chat next month. For the most part, conversations will be automatically migrated from Hangouts to Chat, Google said.

Google is also encouraging users to use Google Takeout, the company’s data export tool, to download their data before Hangouts stops working in November.

Google Hangouts, which launched in 2013, was the company’s chat platform within Google Plus, a now-defunct social network. Google then added chat functionality to other products, such as Gmail. In 2017, Google launched Chat, a messaging tool for enterprise customers. Chat brought new features like group conversations, side-by-side editing in Docs, Slides, and Sheets, and communication in Spaces, the company’s collaboration tool.

The reasons Google is switching people from Hangouts to Chat include both security and regulation.

Chat offers stronger phishing protections by detecting malicious links using real-time data, the company said in a 2020 blog post. US and EU regulations would also subject VoIP services to the same laws . That’s why Google removed the phone call feature from Hangouts and issued refunds for the remaining call credits. Also, having engineers work on one chat app rather than two might be a better allocation of resources.