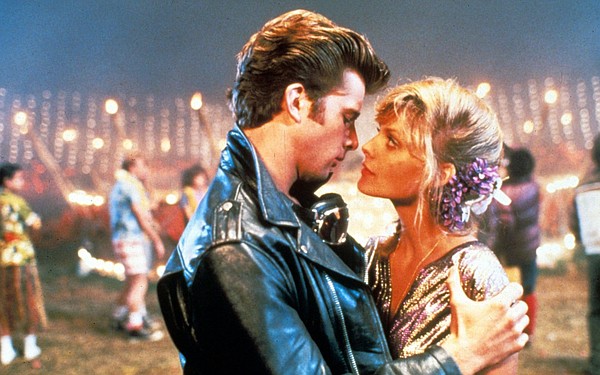 British-born actor Maxwell Caulfield is best known for starring in two films which left theaters shortly after their debut. But he’s far from bitter about the quick death of “Grease 2” 40 years ago.

That may be because the sequel to 1978’s “Grease,” which lacked stars John Travolta and Olivia Newton-John, will be released next week in a new 4K HD Blu-Ray version. Thanks to cable, streaming, home video and word of mouth, the demand for the new digital edition of the critical and commercial film exists. Roger Ebert lamented: “The film looks like it’s been put together on the shelf”, but now, according to BBC.com, there are birthday screenings, fan sites and crowd performances in London’s West End.

Asked about the theatrical flop’s reversal of fortunes last Friday, Caulfield replied via Zoom, “I definitely wasn’t a late bloomer. I was pretty precocious. It’s not like I wanted that to happen. I think I was a bit of a victim of bad timing because timing is everything in this life.”

Caulfield found himself not only competing with fan expectations of the previous film, but also with a small film with a cast of unknowns called “ET the Extra-Terrestrial” which debuted the same weekend of Memorial Day.

“The timing of ‘Grease 2’ being released was a little unfortunate,” he says. “The opening number of the movie is ‘Back to School Again’ (by Motown greats The Four Tops). All the kids (in the real world) had just left for the summer, so why would they want to go back rushing into a high school campus, even a fictional one?

“‘Grease 2’ should have come out towards the end of the summer. It was a movie about what an awesome high school is. I have to blame Paramount for that, and they pulled the movie too quickly, but I think that they had ‘Star Trek 2: The Wrath of Kahn’ (an unqualified hit) behind the scenes, and I’m sure Tom Cruise will absolutely [lit up] the box office with ‘Top Gun: Maverick’ last weekend. It’s another Paramount movie. So sometimes they succeed,” he laughed.

Caulfield is also quick to credit the studio for taking a risk on him in the role because he had never acted in a feature film before (he had had gigs on TV and on stage) and he was new to singing.

“It was a roll of the dice from the studio. I kind of went down with the ship, at least my career did for quite a while,” he recalled.

“If they had chosen Rick Springfield, or their first choice… Andy Gibb. Logically, Robert Stigwood was the producer of the film. He managed the Bee Gees (Gibb’s older brothers). Andy Gibb was the prettiest of the boys “He was the teen idol. I don’t know why Andy didn’t get the job. Yours truly did, and I’m very grateful for that too. Caulfield is quick to add: “We lost him tragically young (at 30), and he was a wonderful singer.”

After catching the movie for the first time in decades, it’s striking that Caulfield is actually playing two separate characters in the same body: his Michael is a smart English exchange student, but he’s trying to woo Stephanie (Michelle Pfeiffer), a member of a girl gang. by becoming a mysterious man on a motorcycle whose face is hidden by a helmet and who looks like a Yank.

“I guess they decided instead to go with – instead of a singer – an actor who could sing, and I wasn’t called upon to sing a lot. They gave me a nice ballad, and I had a really good duet with Michelle and I had this crazy fantasy on this kind of mountain of motorcycles with all this smoke and strobe lighting and Michelle dressed as Aphrodite. It was wonderful,” he said .

Caulfield’s other low point at the box office is “Empire Records”.

As with “Grease 2”, fans found it and the movie later. In the film, Caulfield enjoys playing self-absorbed pop singer Rex Manning who is at the record store signing albums and getting irritated because the pretty young women buy the records for their nostalgic mothers instead of themselves. .

Throughout the film, the manager and employees hope that sales during Rex Manning Day can prevent the independent store from becoming part of a chain. So if you’ve been wondering why the internet is teeming with Rex references every April 8th, now you know why.

“We opened Stone Cold Westwood, in Los Angeles where I was living at the time, and I went to see it,” he says. “There was no preview. There was no hype about it, and there was no one in the photo room on the first Friday night.

“So it’s gratifying to hear that people ended up seeing it. The movie is aimed at a certain age group. That age group doesn’t care because they feel anyway marginalized in life. They liked that kind of aberrant, outcast vibe of the film.”

Today, Caulfield complains about something other than the movie’s takings.

“The one thing that will always piss me off is that ‘Say No More (Mon Amour)’ wasn’t on the movie soundtrack! Besides cutting me off from any royalties that might have gone, the fact that Rex Manning Day is celebrated every year, which gives a bit of personal satisfaction,” he says.

Caulfield may have been denied the chance to be associated with Gin Blossoms, Edwyn Collins, Toad the Wet Sprocket or the Cranberries, but he is part of an elite club that includes Sir Sean Connery and Daniel Craig.

“I had a great time with this video game. It was fun. The irony was when they turned around and asked me if I wanted to audition for the next one.” He laughed and added, “That’s bad business.”

The series has an ensemble cast, but everyone makes an impression.

“I’m only in the movie for literally a minute. It was a good opportunity. I think they could have done more with the role, but less is more, that’s what they always say. C It was nice to appear in something that was widely seen and widely acclaimed from the start.”