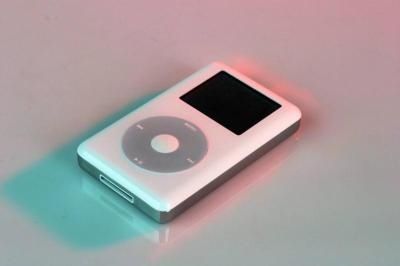 Tony Fadell, the former Apple Inc. executive who helped develop the iPod and iPhone, believes the company will embark on another major new category of hardware over the next decade – but probably not two.

Apple has been working on automotive technology and augmented reality glasses, sparking speculation that one of these categories could be its “next big thing.” Fadell, in a broad interview on Bloomberg Television, questioned whether any of these could be Apple’s next breakthrough, but he believes the company will attempt a major hardware launch.

“And you’ll see a lot more accessories like Air Pods and things of that nature,” he said. There is also a lot of room to improve Apple’s existing product lines, Fadell added. “Just because you want to see a new hardware platform or something new – that’s not the only place you innovate,” he said. “You innovate in all kinds of software and services.”

One area Fadell doesn’t see as promising is the metaverse – a concept touted by Facebook Inc. CEO Mark Zuckerberg that would allow people to work, play and exercise in a virtual reality world.

“I heard about the metaverse in 1988 when we were making virtual reality glasses back then,” said Fadell, now director of Future Shape LLC. “I’m still skeptical that it’s a big thing. I think it’s going to be important in business and in the industry. But getting that emotional aspect to make consumers want to be there all the time? It’s hard.

He also warned of the unintended consequences of technology – including in an area he helped pave the way – calling smartphones “the fridge for all this dystopia we see with social media.”

“Steve stood up and said, ‘Is this the kind of society we want to live in? Is this what we want our kids to use as products?” Said Fadell. “It’s up to the leadership teams and the boards of those teams to make sure they are self-regulating.

Fadell was also a co-founder and CEO of Nest Labs, the smart thermostat startup that was sold to Google in 2014.

But even with training in smart devices, he believes there are limits to what tech makers should be doing.

“You really have to watch what you’re trying to do – less is more,” he said. “They’ve tried microwaves, clocks. They’ve got to focus and say, ‘These are the things that really matter.’

The indoor surveillance drone developed by the Ring division of Amazon.com Inc. may be a device that takes things too far, he said. “I’m like ‘Come on, really?'” – Bloomberg