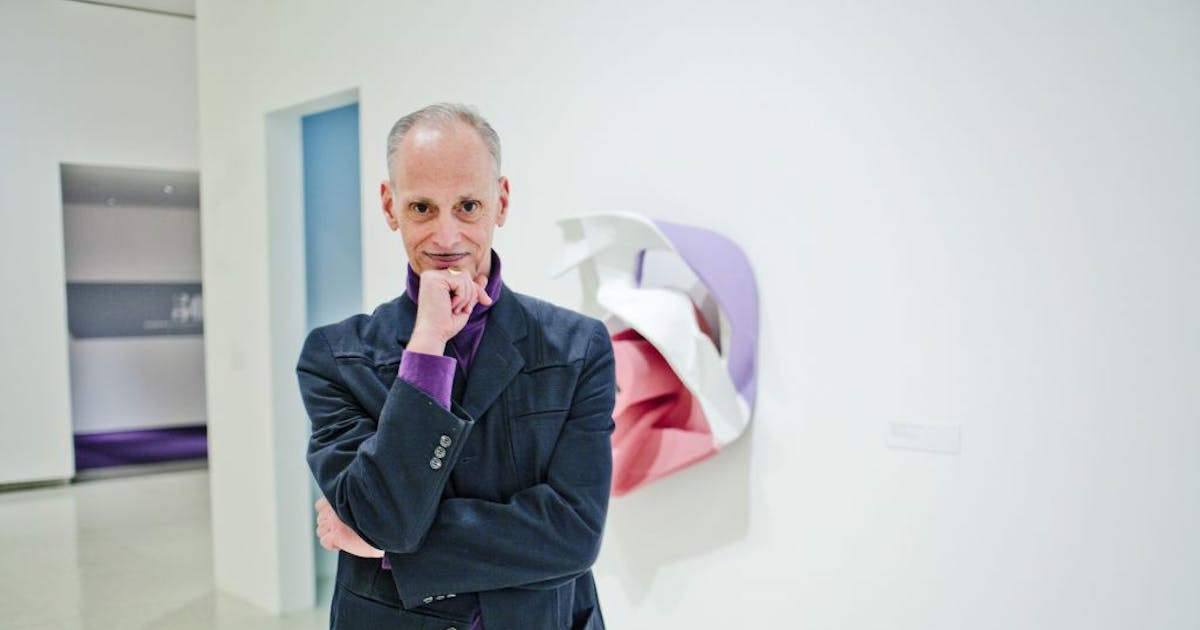 John Waters hasn’t directed a feature film since “A Dirty Shame” in 2004, but his influence runs through everything from “Jackass” to “RuPaul’s Drag Race”.

But the 75-year-old icon doesn’t just rely on his reputation.

Before the end of the year, he will do at least 16 live performances, including a stop this weekend in Minneapolis. He also has a new novel, “Liarmouth: A Feel-Bad Romance”, in the works. He spoke to us from his Baltimore office earlier this month as he prepared to fly to Oakland, Calif., To host a punk music festival.

Question: The last time you appeared in The Twin Cites was right before the pandemic.
A: I think I walked around on stage with a cavalier attitude, wearing a mask as a joke. I launched it into the audience. How dangerous was he this?

Question: Did your quarantine hinder your creative process?
A: Not at all. I finished a novel in May. It is about a woman who steals suitcases in airports. It’s a sentimental romance. I totally rewrote my one-man show. I wrote every day, as I always do, from 8 a.m. to 11:30 a.m. Not from 8:01 a.m., not at 11:29 a.m. I do it, always in the morning. I get dumber as the day progresses.

Question: What do you get by doing live performances that you don’t get in a movie?
A: I think I’ve always done them, even back in the days when my market was colleges and I was making art exploitation films. I would present the films. So I would bring [character actor] Divine on stage. It has become a bit like vaudeville. You can stay in touch with fans all over the world and understand what people think is funny. It’s a bit like market research.

Question: Do people today find things funny in a different way?
A: I used to worry about old, uneducated Republicans. Now I worry about the wealthy, educated young Liberals. I believe in almost everything they stand for. This is righteousness that I have a problem with. I use humor as a weapon and sometimes it is not politically correct.

Question: The last movie you made was “A Dirty Shame” from 2004. Are you still interested in making movies?
A: Oh yes. I got paid to write a lot. They just aren’t made.

Question: If a studio gave you a budget of $ 200 million, what kind of movie would you make?
A: I would do 10 films. I don’t like a lot of special effects. Often they feel like science experiments. Maybe I would make a movie where everyone is a gigantic star, even the extras. “Oh, look who’s walking down the street. It’s Meryl Streep.” No one has ever done that.

Question: Who is your favorite movie star you’ve worked with?
A: Oh, don’t ask me that. Too many of them are still alive. Divine was definitely my biggest story. “Serial Mom” ​​was the best movie I have ever made.

Question: You recently said that if there was a movie about Divine it should be played by Lizzo. Why?
A: She presents her body Divine style, almost like a terrorist act. I love that there are color blind castings these days.

Question: What was the last TV show or movie that you enjoyed?
A: The last thing I watched was the new TV version of “Chucky”. I am a big fan. I was in one of the “Chucky” movies. It’s the # 1 thing I’m known for when I’m on the New York subway. Children recognize me in “Alvin and the Chipmunks”. You need to cover all the bases.

Question: I know you have a huge collection of art. Which of your paintings means the most to you?
A: I have a copy of Andy Warhol’s “Jackie” that a girlfriend gave me. That was how long ago. I still have it. I just donated my collection to the Baltimore Museum of Art when I died. I told them that I wanted them to give my name to certain bathrooms. They thought I was kidding. I wasn’t.