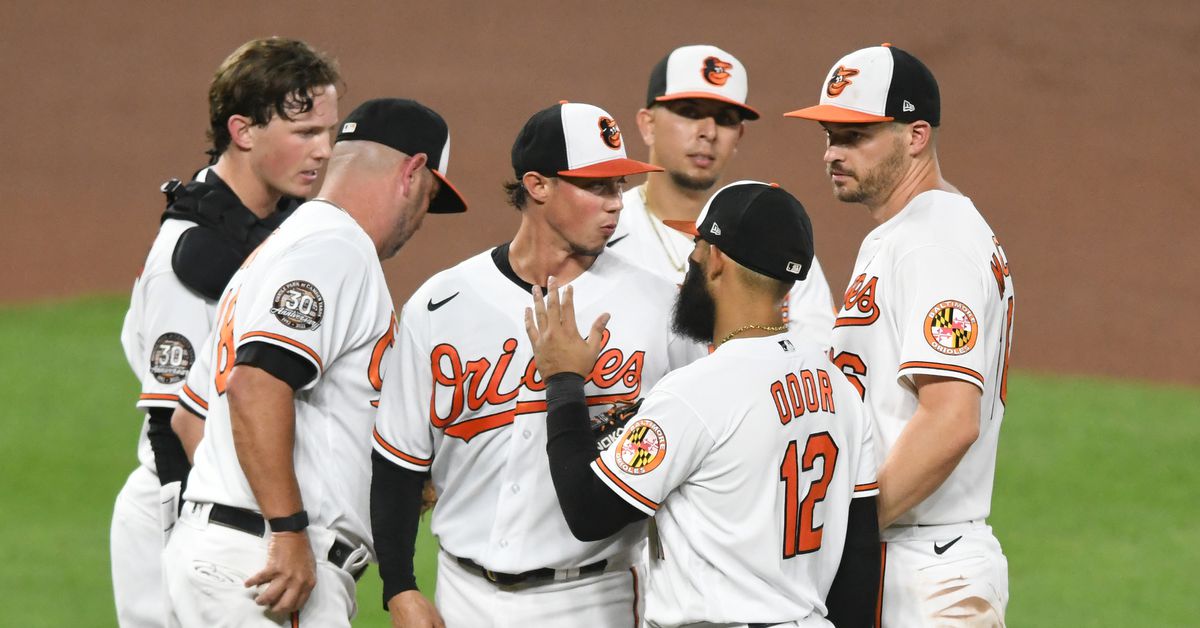 Happy Thursday, Camden Chatters! It’s a beautiful morning indeed, as the Orioles just won their first three-game sweep of the year! They kept saying on TV their first “three game” sweep of the year, possibly because they won the only game they had against the Cubs, the other game of the series having fallen in the rain. Everyone knows one game doesn’t make a series, but I’ll also say a three-game sweep to maintain my technical correctness.

Every year in our preseason contest, we ask who the first team the Orioles will sweep will be, and now we have our answer. The Texas Rangers, a team from another division and which the Orioles only played in July, were not a popular choice. In fact, only one out of 179 people correctly guessed the Rangers. Well done, jsuperstar!

But now I want to talk about Spenser Watkins. Seriously, guys. Spenser Watkins! Let’s talk about him. Most Orioles fans know his story from last year. Almost out of baseball, ready to take a job as a high school coach, the Orioles called him in to give him one last chance. It was a heartwarming story last season and, like many others, I ate when he allowed just one run in each of his first three major league starts.

After that, however, he started to look like the one who was about to become a coach. I’m not saying that in a mean way, I was supporting him as much as the next Orioles fan. But it looked like the magic might have run out.

This year, after a couple of decent starts early in the season, things started to go downhill again, and when he went on the injured list, I wondered if that was the last time we would see Spenser Watkins.

Since his return, however? He was like a different pitcher! On June 25, he pitched five innings without earned runs. On July 1, he was even better as he pitched six innings and retired 15 straight after the first inning. And last night was just another solid streak in which he pitched over six innings for the first time in his major league career. He allowed just one run and went 6.2 innings. If the Orioles hadn’t been hanging on to the tighter runs, I believe he would have gotten those seven innings.

Is this another short-term success for Watkins, or has he figured something out with the help of his coaches? I certainly hope it’s the latter because it’s a boost for the team to have him there to maintain other teams’ rosters.

Orioles Claim Kirk McCarty, DFA Marcos Diplan – MLB Trade Rumors
Claimed by the Orioles from the Guardians, McCarty has been pretty good at triple-A this year and while Cleveland wasn’t interested in keeping him, he has three options. So that could keep him in play with the Orioles for a while.

Wife of Baltimore Orioles owner Peter Angelos meets with MLB over son’s lawsuit – Reuters
Not a whole lot of information here, but it probably doesn’t bode well for Lou Angelos that MLB is saying it’s not worried about his leadership over the Orioles.

DL Hall has 14 of Norfolk’s 19 strikeouts as Tides strangles jumbo shrimp – The Virginian-Pilot
You’ll hear more about that in today’s minor league recap written by Tyler Young, but I couldn’t just ignore Hall’s amazing game yesterday. And while that doesn’t sound as impressive as 14 strikeouts, I’m almost as excited that he only walked two.

Baker talks about thriving on the kind of outing you ‘live’ for – MASN Sports
This article is two days old, but after Bryan Baker had another scoreless outing last night, it seems on point. He hasn’t been one of the most confident guys in the bullpen this season, but he’s quietly on a very strong streak.

Is it your birthday today! Happy birthday! You only have one birthday buddy for the Orioles: Tim Nordbrook. Born on this day in 1949 in Baltimore, Nordbrook led a six-year career in the major leagues. That career began with the Orioles in 1974. A utility infielder, he appeared in 74 games with just 83 plate appearances for the Orioles from 1974 to 1976. After leaving Baltimore, he also played for the Angels, White Sox, Blue Jays and Brewers.

On this day in 1970, Brooks Robinson hit a Grand Slam in the 10th inning as the Orioles beat the Yankees, 6-2.