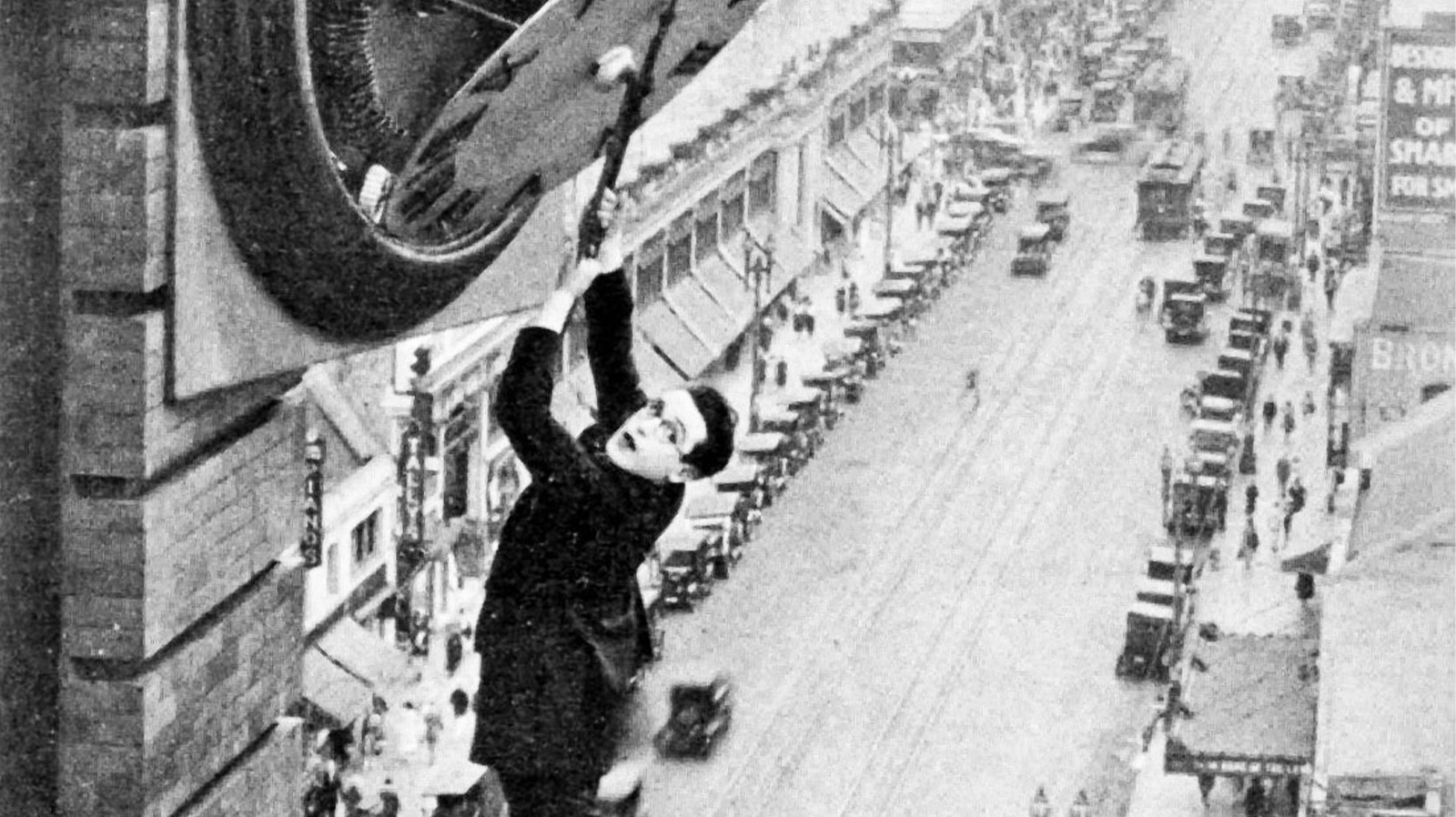 Harold Lloyd is best known for a single image: a bespectacled man dangling dangerously from a clock high above a city street in his most famous image, “Safety Last!” He made hundreds of films, but it was his few thriller comedies that made the biggest impression on audiences. even a century of cinema later, I can think of few scenes that still torment me with such anxiety.

Like his most famous contemporary, Buster Keaton, Lloyd put his life on the line for his stunts. He was really there on the side of a building without a harness, although there were a few precautions. He revealed that a platform with mattresses was set up several meters below in case he fell, but there was nothing to stop him from falling if he landed badly.

Most remarkably, he performed most of the stunts himself at a significant disadvantage. In 1919, he was lighting a cigarette with what he thought was a prop bomb when it exploded in his face, blowing off the thumb and index finger of his right hand. Miraculously, he was not killed or blinded and he continued to work, masking his wound with a prosthetic glove. When you see him hanging from the side of a building, he does it with only a hand and a half.

Like many stars of the silent era, Lloyd never fully made the transition to talkies and retired in 1947. He retained ownership of his films and was very strict about re-releases, his high fees preventing television channels to broadcast them. As a result, he disappeared from public consciousness until two compilations released in the 1960s helped establish him as the third silent comedy genius alongside Chaplin and Keaton. Maybe he wanted to recoup some of the cost of his hobby.