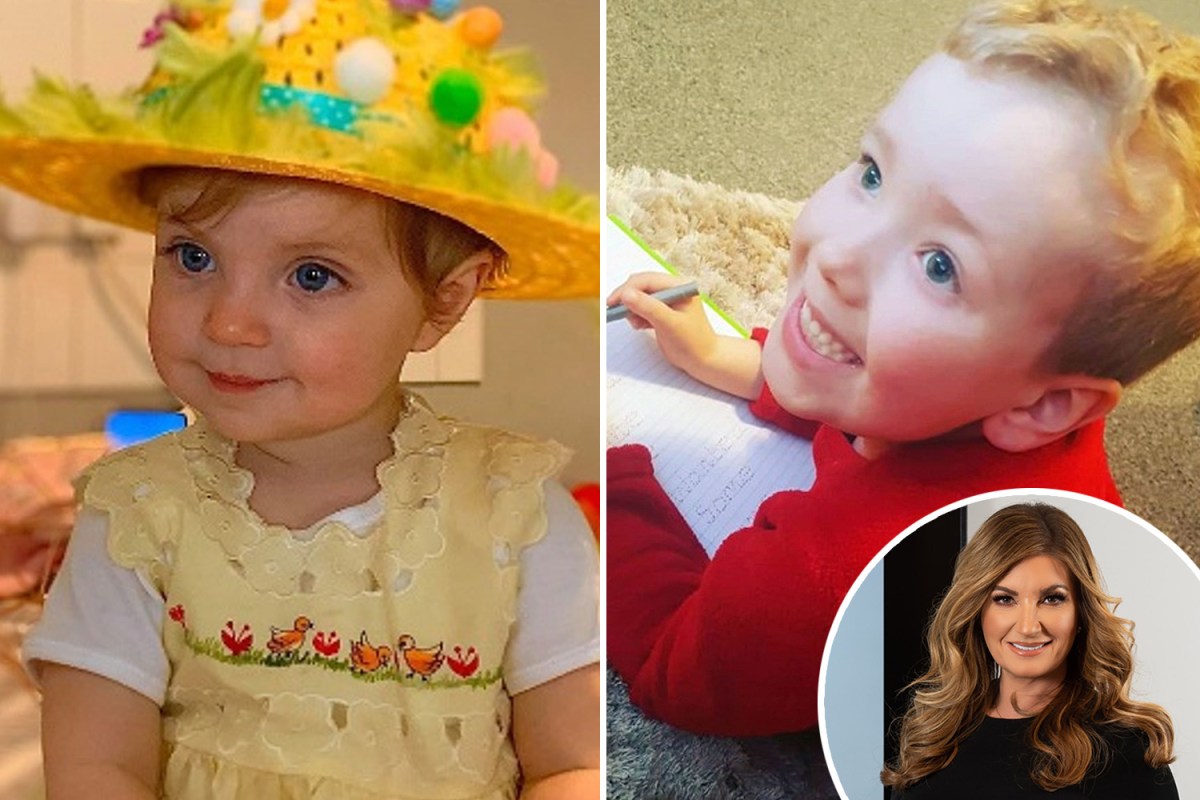 WE learned this week of the death of 16-month-old Star Hobson, a tragedy too disturbing to bear.

It was just weeks after the verdict in the murder of six-year-old Arthur Labinjo-Hughes.

The two cases have horrible similarities. These two young children suffered at the hands of women – their parents’ new girlfriends, his father’s Arthur, and his mother’s Star.

The children were both abused and tortured before their deaths.

And now the sentences of the women who killed them are both being reviewed by the Attorney General. They are far too weak.

The facts are terrible. Arthur was poisoned with salt, starved and beaten. Social services did not detect the abuse.

His father Thomas Hughes, 29, was sentenced to 21 years for manslaughter.

Stepmother Emma Tustin, 32, was sentenced to life with a minimum sentence of 29 years.

Little Star bled to death after being kicked or punched with ‘massive’ force by Savannah Brockhill, 28, in Keighley, West York, in September 2020.

The girl’s mother, Frankie Smith, 20, who was Brockhill’s girlfriend, did nothing to protect or save her own daughter.

In fact, on one occasion, she held Star’s head underwater to keep her from crying.

Still, only Brockhill was convicted of Star’s murder, apparently in a fit of anger.

Obviously, this was not an isolated incident. Horrific home video and CCTV showed Brockhill slapping Star, punching her in the face and stomach and hitting her while feeding her with a bottle.

Star received a total of 21 hits over a three hour period.

Brockhill was jailed for at least 25 years after receiving a mandatory life sentence.

But Star’s mother could be released in just four years after a judge reduced her sentence to reflect the “burden” of knowing that she played a significant role in her daughter’s death.

We all need to take note

Little Star depended on these women. She suffered from their hands. She died under their care.

What kind of message do these sentences convey?

Star’s great-grandfather Frank Smith, 68, criticized his granddaughter Frankie and her girlfriend, saying they should “rot in jail.”

It’s a sentiment I’m sure the whole nation agrees with. I know I do.
One of the many troubling facts about this case is that social workers visited the family five times.

But they accepted Smith’s story that the complaints about Star’s treatment were “malicious” and came from parents disapproving of their same-sex relationship or Brockhill’s travel history.

No one wants to hear about the death of a child like that. But we all need to take note. The failures that led to Arthur and Star’s deaths must be faced so that they don’t happen again and again.

Any concerns raised about the safety of a child should be given careful consideration, regardless of the gender, race, gender identity or anything else of the parents.

We must ensure that children are properly cared for and properly condemn those who harm them.

Social services let these young people down, but much worse were the parents who allowed the violent women into their homes.

These vulnerable children have been abandoned in life.

And were abandoned again after their deaths.

Sparkling Ashley is wasted on the radio

YOU MUST love Ashley Roberts for brightening up people with her fabulous outfits.

Another day another fashion show as she showed up for work at Global Radio Studios in London this week.

She wore a glittery pink sequin and mesh number with a corset style top and stripes.

It’s an outfit to go to work and seriously wasted when your job means being on the radio.

She should take him to the TV.

Oh my gosh, it hasn’t been a good week for Hollywood actor Ben Affleck.

At first, he seemed to blame his ex-wife Jennifer Garner for his past alcoholism, which he said was a side effect of feeling “trapped” in their ten-year marriage.

But he then said his comments were taken out of context and refused to apologize, saying his feelings were “hurt” after being presented as “the worst, most callous, stupid, ugly guy” , when he said he “respected” Jennifer, and always put his children first.

This is one of the worst cases of turning back that I have encountered in a while.
In the end, he blamed his ex-wife for making him feel trapped and drinking a bottle of whiskey a day because of it.

For starters, her kids really didn’t need to know that.

But also, even after all this therapy and rehabilitation, he clearly still cannot take responsibility for his own actions.

It was his hand pouring whiskey down her throat – not someone else’s.

Ready for a break?

LORRAINE KELLY pulled the words out of my mouth when she said she “didn’t have” another lock in her.

She was talking about the Omicron variant, and how many of us canceled all of our plans before Christmas so we could see family on Christmas Day – a self-imposed lockdown for many.

I’m sure I’m not the only one who feels fearful.

But if we think it’s bad, I remember it’s good, much worse for many others – a single parent with young children, no outdoor space, and no wifi, for example.

Hopefully none of us are tested this way again.

The worst views on sex

But statistics show that it is more and more common.

The singer says she thinks it “really destroyed” her brain.

Whether this is true or not, we must do more to ensure that young children have access to pornography.

The online safety bill is expected to make it mandatory to be over 18 to access any type of pornography.

This is the worst intro to sex I can think of because that’s not what love and sex is at all.

Worse yet, violent pornography is highly degrading to women.

I know some people say it’s impossible to govern who watches what. But really, can it be that hard? Surely all parents should put a filter on their children’s devices first.

Then we need to start talking about pornography to our young children. I used to start by saying that it has nothing to do with real life. It’s controlled sex.

It is often violent and degrading. When two people have sex, no one is forcing anyone to do things that they don’t think are right. It is especially boys who have to realize that this is not what women want.

We all know the problems and we know the solution is to restrict access. So let’s make that happen, okay?

In a photo she posted with her son Gaston, 39, she looks younger than him.

The caption read: “My son-shine”, which I love.

But also, doesn’t she look amazing?

A prime example of what happens when good genes, healthy eating, exercise – and yes, maybe very subtle work – come together to create a brilliant result.

We pay for your stories!

Do you have a story for the Sun News Bureau?