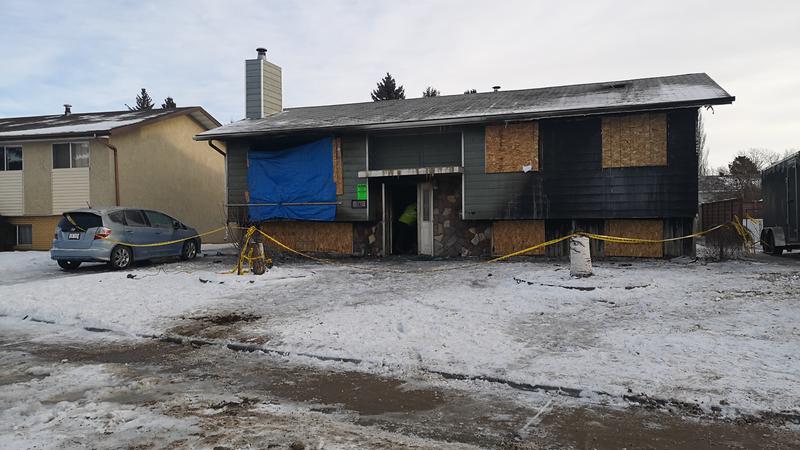 According to Fowler, the fire started in the basement and it was Cameron’s wife, Sofia, asleep upstairs, who smelled the smoke first.

â€œShe woke up when the fire alarm went off and when it opened, her room was surrounded by smoke. So she stood up, and I believe she dragged her daughter to the door on the landing outside here. She ran downstairs, she went to wake Cam up. She actually ripped off his shirt to wake him up, and then he woke up. He was in shock so he ran up the stairs and pushed my sister-in-law and her daughter out of the door and locked it, â€he said.

Fowler believes Cameron was trying to get his three animals back downstairs. Less than 10 minutes later, Brooks firefighters arrived at the house and found Cameron at the back door. Fowler said EMS came and transported Cameron but it was too late.

RCMP said they did not believe the fire was suspect, and fire investigators continue to investigate the cause of the blaze.

The Cambodian family, which includes Cameron’s sister-in-law Pia and son-in-law Tony, remain in shock. The family lost everything and escaped the fire with nothing, not even shoes, according to Fowler.

But JBS, the company where Cameron and Sofia worked, immediately rushed to help the family. The company went to Walmart to buy the clothes for the displaced family members and put them up in a hotel to make sure they had a place to stay.

â€œOn behalf of the family, I am very grateful that JBS was there even as things happened. They have been there for my family. We’re very, very grateful for that, â€said Fowler.

Fowler said the family always needs more support as they continue to mourn the loss of their loved one and work to find a new place to live. The Cameron Fowler Fire Fund will be set up at the Bank of Montreal in Brooks on Monday morning for anyone wishing to donate.