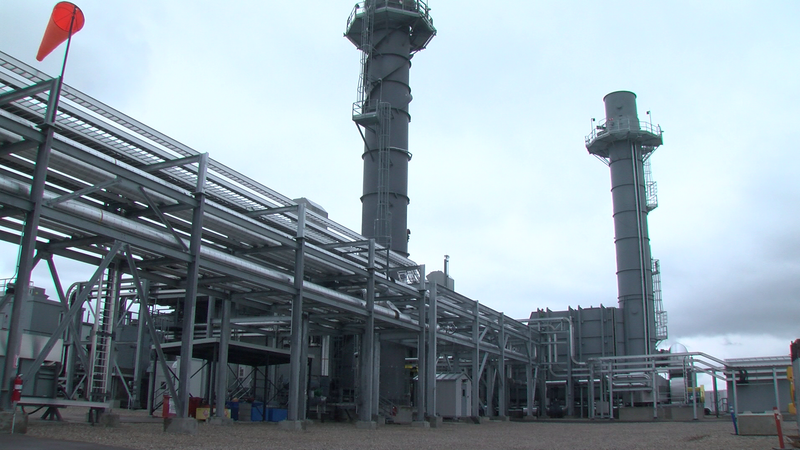 The plant had an initial forecast of $66 million, which will add an additional 43 megawatts of power generation capacity to the city.

Brad Maynes, managing director of energy and infrastructure, says the project was completed on time and well under budget.

“It was a difficult time to be able to [work on a] project like this through two years of COVID protocols, the supply chain issues persist to this day, the inflation we’ve certainly seen over the last four to six months, so when I look at the performance, the financial performance, it’s outstanding,” says Maynes.

The power station will act as a security measure for the city, being able to provide electricity 24/7 in the event of a power generation problem. Unit 17 was also built to support any future residential and industrial growth in the city.

Brian Strandlund, Medicine Hat’s power and water manager, says as many as 60 people worked on the project, totaling more than 86,000 man-hours. Strandlund hopes the factory’s legacy will be that it brings new opportunities to the city.

“I think it will bring reliable power and also provide opportunities for other businesses to come to town,” Strandlund said. “I think that’s a key element for that, and then maybe building on that future with future customers who come to town.”

Strandlund says that with regular maintenance, Unit 17 will be able to provide power to hatters for future generations.

Council members and several other dignitaries were present for the ceremony. Mayor Linnsie Clark says the plant is an important step toward developing the city’s vision for a long-term energy transition plan.

“We’re moving forward with developing an environmental framework, so that’s going to outline the kinds of things that we’re going to pursue in terms of energy conservation and renewables, and so we’re can’t wait to see this,” says Clark.