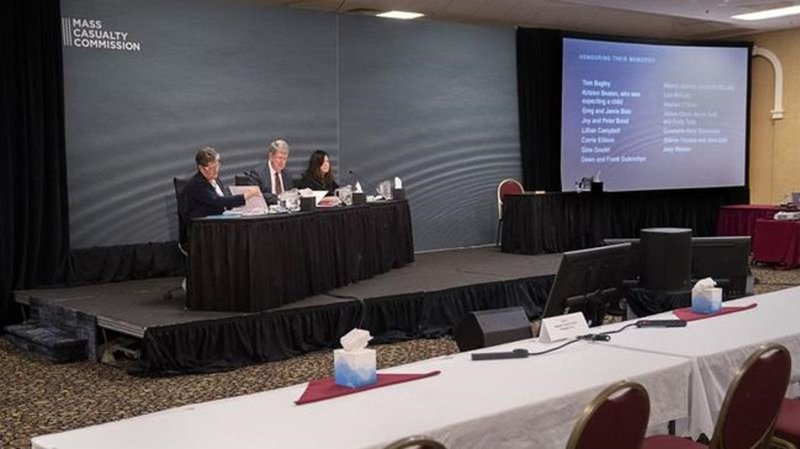 Josh Bryson, a lawyer who represents the family of victims Peter and Joy Bond, attended hearings today but said his clients asked him not to attend hearings involving Rehill and O’Brien.

The federal-provincial board of inquiry agreed on Monday to provide special accommodations for three senior RCMP members when they testify about command decisions they made as the tragedy unfolded.

Rehill and O’Brien will face questions from commission attorneys via Zoom calls that will be recorded and broadcast at a later date. Participants and attorneys wishing to observe their testimony will be required to remain off-screen with their microphones muted while each constable speaks.

No reason was given for the special arrangements as this information is considered private information that generally deals with physical or psychological health needs, the commission said.

Participating attorneys were asked to submit questions to Rehill and O’Brien to commission attorneys ahead of questioning, which is scheduled to take place Monday and Tuesday, beginning with Rehill..

Meanwhile, Staff Sgt. Al Carroll – former Colchester County District Commander – is expected to testify Thursday via a live Zoom call. He will benefit from breaks during his appearance, the commission announced on Tuesday. He could face direct cross-examination.

The National Police Federation and the Federal Department of Justice had requested that O’Brien and Rehill be allowed to provide their information under oath and that Carroll testify in person with questions asked only by commission attorneys.

The commission confirmed on Tuesday that it had received a total of six requests for accommodation. A request was denied and the commission agreed to allow two other witnesses to testify as part of a panel. These witnesses have not been named.

This report from The Canadian Press was first published on May 25, 2022.